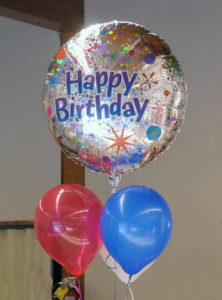 Bloomington Worldwide Friendship Celebrates its 60th year as an Organization!

BWF was founded in 1953 and began with 20 international students. This academic year we provided friendship and support to 137 students.   BWF celebrated its birthday on March 3rd at its annual meeting held at the First United Church.  As is traditional with the annual meeting it was a pot-luck with attendees bringing a dish representative of their country.  But this year the BWF provided the dessert in the form of a large sheet cake for all to share. 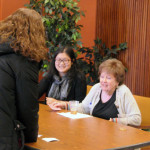 and students; each attendee was asked to create a name badge for himself/herself.

The current BWF president, Anne Bright, welcomed everyone and gave a short history of BWF.  She suggested that because there was no requirement to transact business at this particular annual meeting, everyone should take the time to for conversation and to  to meet other attendees while the tables were being set up to hold the pot-luck food.

So conversation broke out all over the room as you can see from some of these candid shots. 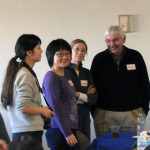 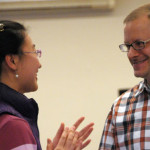 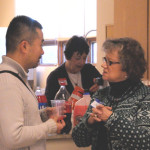 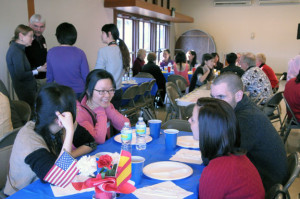 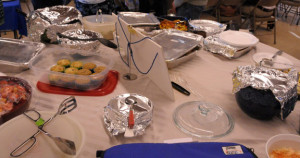 After about half of an hour, someone rang the invisible dinner bell and everyone grabbed a plate and went foraging.  There were many dishes available from many countries.  Some were vegetarian, some were meat or chicken.  There was plenty available and even some left over.

Then it was time for dessert. 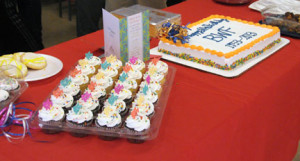 The honor of cutting the cake was given to prior president, Ruth Albright, with the help of member Kate Kroll.  The balloons were awarded to the student whose birthday was the closest to the meeting date. 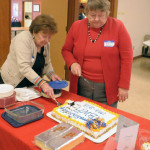 For some people the nice thing about cake is the blue icing. 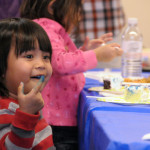