We wanted to let our friends from other places around the world share their culture with us and with the other students from around the world so we pulled together an international potluck. Here is what happened.

We set the tables up to receive the food and to seat the attendees.

We set up a reception area to greet the attendees: if they brought a food dish to share we asked them to create a label about its name and origin. 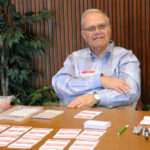 Soon the guests started to arrive with dishes and with native dress.

As more people arrived the chance for conversation and exchange both small and large abounded. 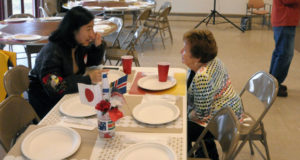 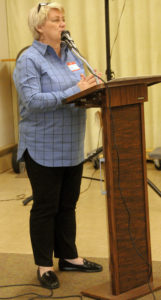 With a welcome from the BWF President, Cindy York, the buffet was opened to all.

And the long line began,

but it was worth the wait to taste the foods from all around the world.  Some was spicy, some was sweet, some was fruity, some was surprising.

As we sampled the food, the conversation continued. 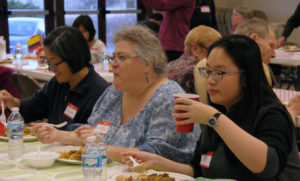 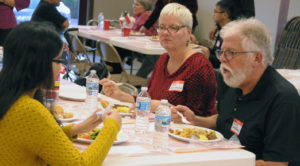 Fully sated by the variety of food, the emcee for the ceremony, Mary Depew, began to introduce those who would like to share a bit about where they come from with those attending.

—a song of Peace from Vietnam 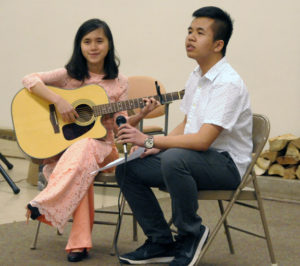 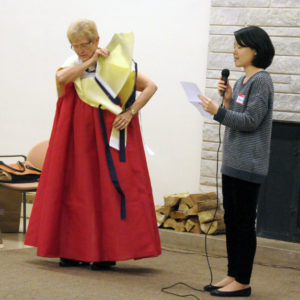 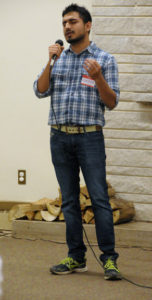 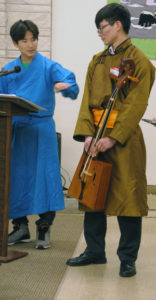 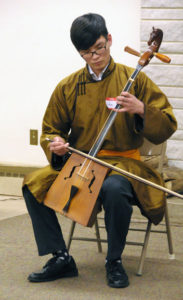 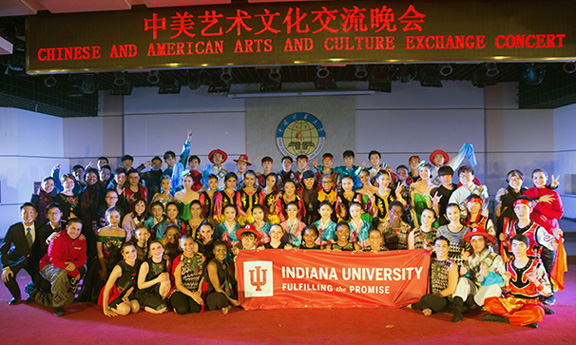 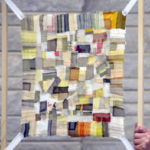 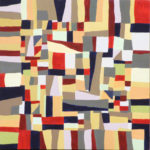 It was a wonderful evening making new friends and learning about their background.  Bloomington Worldwide Friendship reaches around the world. 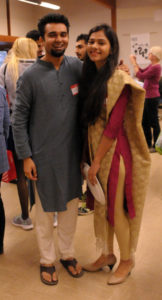 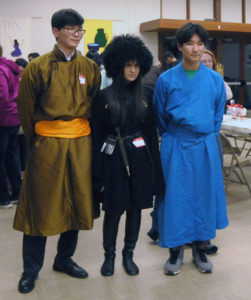